6 The Traditions of Maluku Community That Became Tourism Attraction

Oleh Coretanzone Januari 09, 2019 Posting Komentar
MALUKU is the largest archipelago province in Indonesia which stands east of NKRI. Maluku has been known since the colonial period with the typical spices of nutmeg and cloves are also plants that become staple food community Maluku sago. The Moluccas are rich in abundant natural wealth making Maluku has an incredible natural asset ranging from sea to land. The cultural arts, as well as the customs of the tradition, are also the main attraction for Maluku. The following traditions are the attraction of Maluku tourism which will be very unfortunate if you do not have time to enjoy it when you are on vacation in the land of Kings. 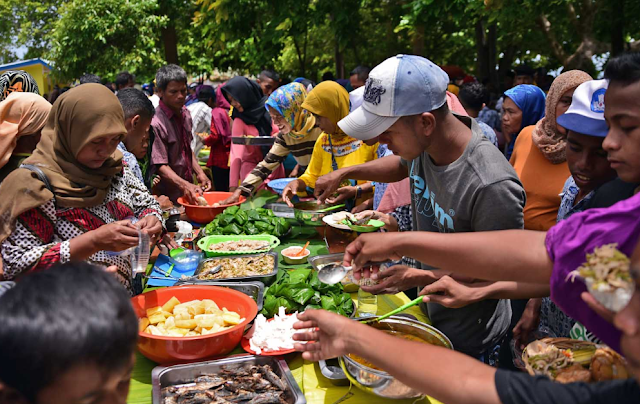 Eating Patita is a diligent tradition done within a year. Eating Patita is held to celebrate important days such as the celebration of Indonesian independence on every 17th of August, the anniversary of the city or district and others. Eating Patita is a tradition of eating with a group of people by serving Maluku typical foods such as smoked fish, sweet potato boiled, boiled cassava etc. Every family/household will cook Moluccan delicacies in large quantities later, the food will be taken to the patita eating location to be eaten together. Eating Patita is usually located in the open like a field, village streets and there is also in the building. The Patita table is the name of the place where food is placed. Usually, there is a table made of statues made of coconut leaves or banana leaves are arranged along the road/location as a base, there is also a wooden table that is covered with banana leaves as a table. This tradition aims to introduce a typical menu of Maluku also increase kinship and togetherness in community life.

2. Pukul Sapu (Hit a Broom of Palm Trees on The Body) 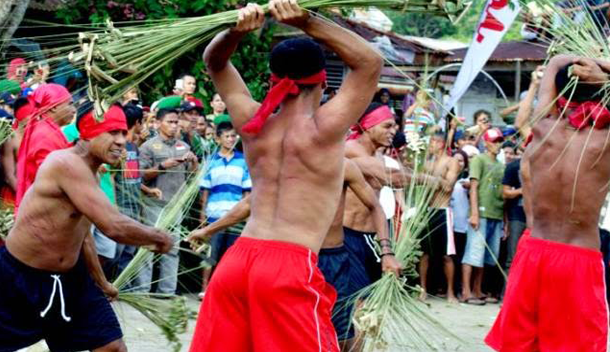 Pukul Sapu is the next tradition. Pukul Sapu is a tradition conducted by the village community of Mamala a village located on the island of Ambon. This tradition is done every 7 Shawwal or a week after Idul Fitri, this tradition is done by the men. They are bare-chested with shorts and headbands. Before they do hit action they will be collected at the traditional house to attend a series of traditional events and ask the prayer to the ancestors to be blessed. Players of capsule brooms amounted to 10 to 15 people divided into 2 groups with different pants colors. They hold a broomstick made from the leaves of a palm tree with a length of about 1.5 meters with the diameter of the base 1-3 cm. They will start hitting each other until their bodies are wounded and swollen, but the players at the broom say that they never feel pain in their bodies, they just feel comfortable and amused when every stick of broom is banged onto their bodies.

Crazy Bamboo is a Maluku community tradition that is closely related to mystical things. On the island of Ambon, traditional Crazy Bamboo shows can be found in the villages of Liang and Mamala villages. This tradition begins with the cutting of bamboo stems, not all bamboo stems can be used, the handler must perform a series of customs to ask permission to cut the bamboo stems in the bamboo forest. Bamboo is used in this tradition is bamboo with the strange segment, the bamboo length can reach 2.5 meters with a diameter of 8-10 cm. After getting bamboo, the things that must be provided are the peculiarities, mantras and the odd-numbered men as bamboo hawkers. The most important thing in this tradition is that all necessities must be odd. The bamboo-resistant men are usually well-built athletic with strong force, this is because they must be able to resist the bamboo that will wriggle very fiercely, they also wear only red or black shorts with a headband without wearing a shirt to cover the chest, but for certain reasons sometimes crazy bamboo players are required to wear closing clothes to cover the chest. Once all the preparations are ready, the attraction will begin. The handler will direct the spirit inside the bamboo while holding a container of incense while reciting a mantra. The spirit will rebuke and make the bamboo hawkers thrown here and there, but the bamboo retainers must be able to hold the bamboo until it can be soothed by the handler. 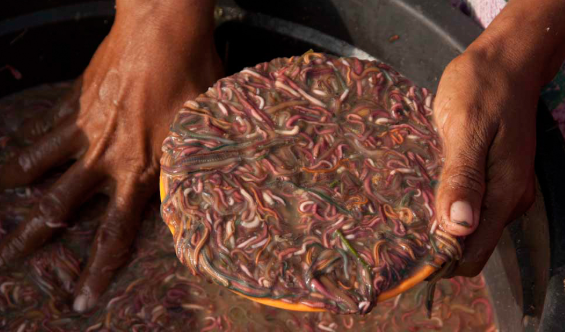 Laor is the name for marine life-like worms (marine worms) that live composed. Usually, people will go to the beach at night to take this animal. These animals are eaten raw or fried. Raw laor is only mixed with vinegar and salt plus sliced onion, while the fried laor is certainly fried as usual. This tradition is done once a year when the laor appears at sea level. The time is about in March at the turn of the west season to east season (season transition). 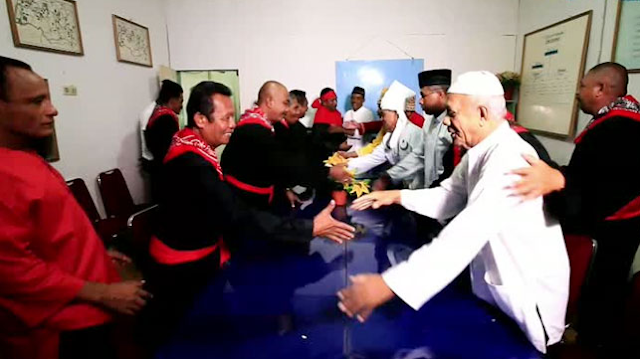 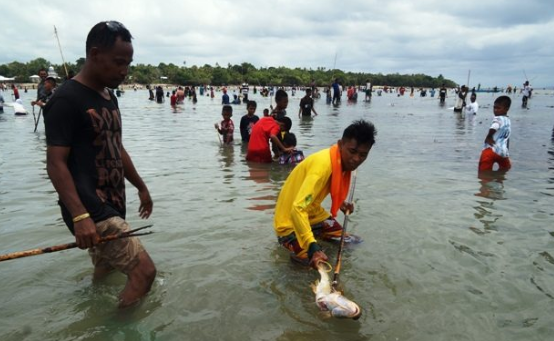 Meti Kei is a tidal phenomenon that can reach five to six kilometers from the mainland (coast) to the sea. This phenomenon occurs in certain months of the year, which starts in the month of September until the month of October. The peak of this natural phenomenon is in October used by the people of Kei islands to create a festive celebration, called the Festival of Enchantment Meti Kei

Well, that's 6 traditions of the people of Maluku which until now still maintained and become an attraction for tourists who visit Maluku. Are you interested to see firsthand this tradition? #CometoMaluku 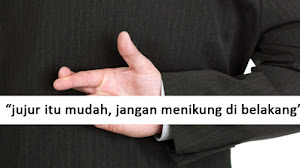